Joyhorror Entertainment is a creative entity that specializes in the science fiction and horror genres, professional wrestling and pop culture. Our mission is to create and provide original content that intrigues the imagination and merges nostalgia with the future. We aim to break through the glass ceiling and redefine everything you thought you knew about entertainment, including but not limited to internet, radio, television and motion pictures. 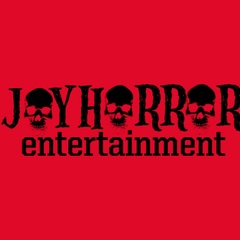 Joyhorror Entertainment develops creative content that focuses on all areas of the horror genre.  We have published over 1,000 articles, new stories, interviews, and columns for the #1 searched horror news site on the internet, Horrornews.net

Joyhorror Entertainment is also home base for Marketing Macabre, a horror exclusive PR company that specializes in helping independent horror films find their audience.  Our team works with the top horror media outlets from around the world.

Marketing Macabre outreach is not limited to only films as clients also include: VOD channels, Film Festivals, Horror Conventions, Comics Books, Novels, and beyond.

Joyhorror Entertainment is proud to announce that we are expanding our scope to include video production for short films, feature films, and episodic television coming by 2021.